Armada is part of a series of composite paintings which Ce Jian started in 2016. The initial idea came from a technique known as “dazzle painting,” which was invented by the British during World War One to protect ships from being hit by German torpedoes. The concept behind dazzle camouflage is to essentially transform a three-dimensional body via abstract geometric painting into a two-dimensional image, as perceived deceptively by the eye, such as through the enemy’s periscope. Jian’s current work revolves around the questions touched on by these potential parallels: the material body and real space in relation to virtual bodies and spatial illusions in painting. The works in Armada deal with the illusionism, camouflage and the dissolving shapes of the ships, which appear cubist and flat as a visual surface, but are in reality huge, threatening physical bodies. At the same time, seeing them as a combinable series helps her to overcome the classic singular tableau – thus opening her painting toward a more site-specific strategy.

There is a strange discrepancy between the colorful appearance of the ships and their true nature as sophisticated, colossal killing machines. Warships are often highly aestheticized in military discourse, where their massive form and powerful cannons are praised for their elegance and unique “beauty,” much like the armored human warrior. Camouflage is not just an aesthetic phenomenon, but a historical as well as a modern-day strategy, where deceitful invisibility comes along with technological strength and military power. By using large formats and the fragmented body of warships, the artist tries to evoke the feeling of looking at a port full of ships, or of being surrounded by a labyrinth of towering metal vessels that close in on the spectator with oppressive presence.

Ce Jian has always been drawn to the intersecting realms of technique, knowledge and visual experience, of artistic and non-artistic image production. Usually she begins with relatively concrete concepts and digests and transforms them through the process of painting, thereby allowing the rational idea and formal structure to collide with the spontaneous expressive potential of the material medium and her own hand. The productive tension between constructive principles and destructive fragmentation or gestures is a consistent trait of her work. While she ruminates on a given work concept she set herself and the issues surrounding it, she also explores painterly details as a space for free abstraction – and on this level, she raises fundamental questions regarding painting itself and its ontology. 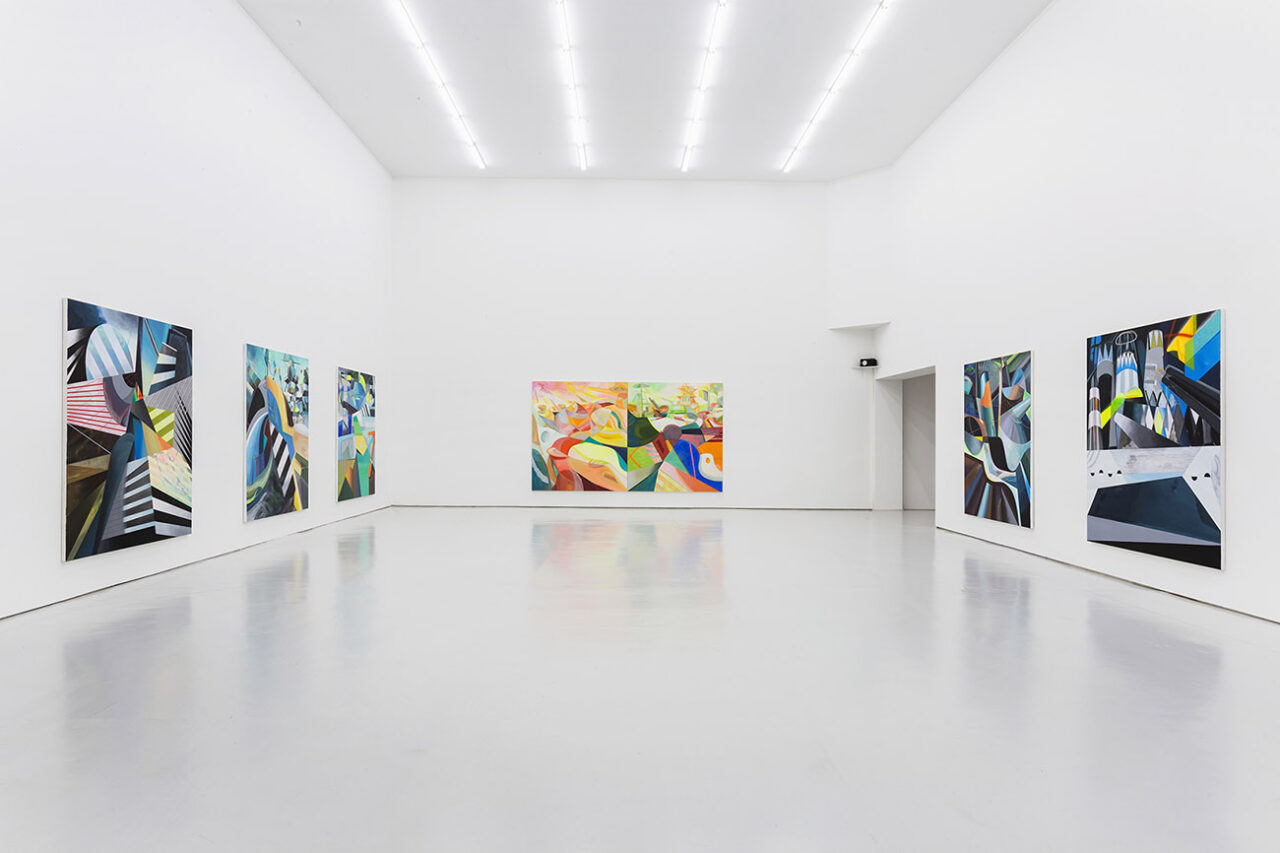 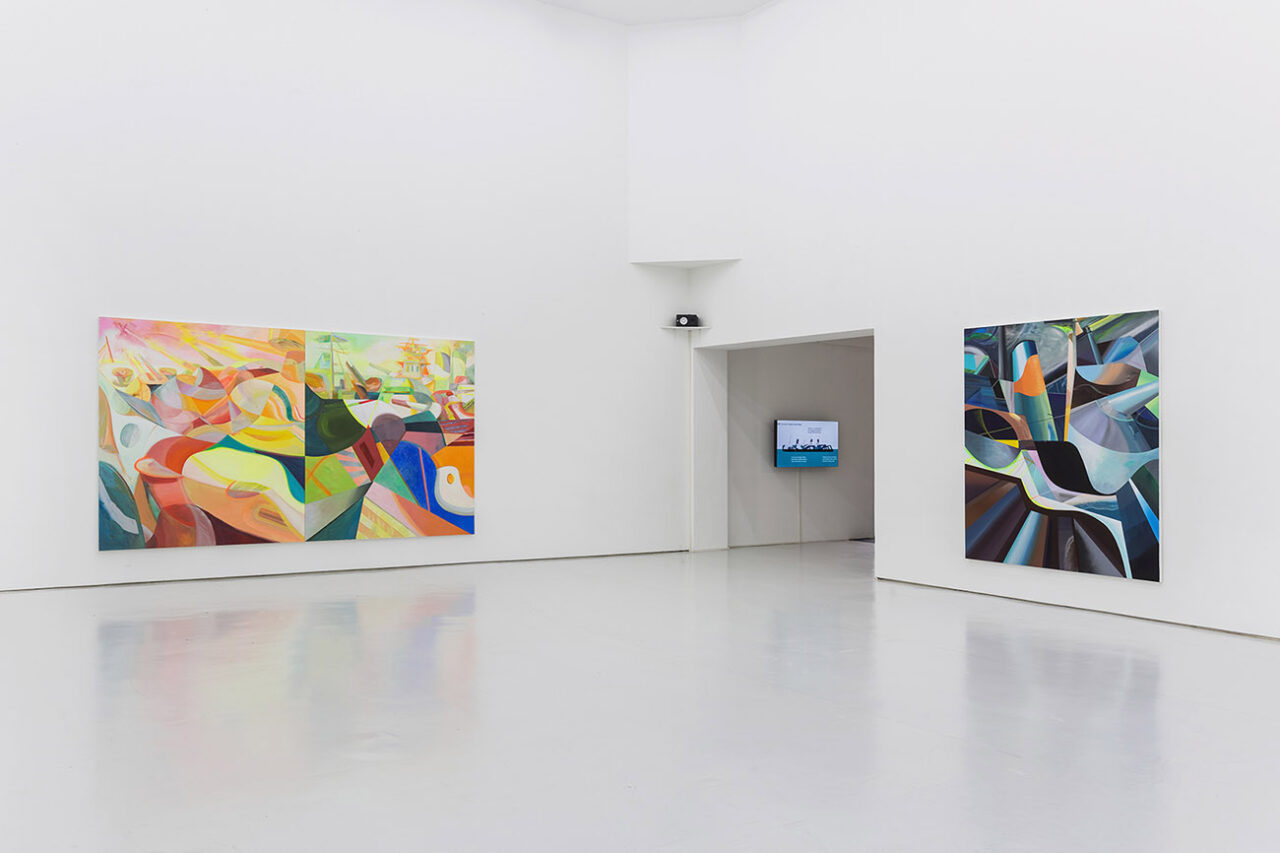 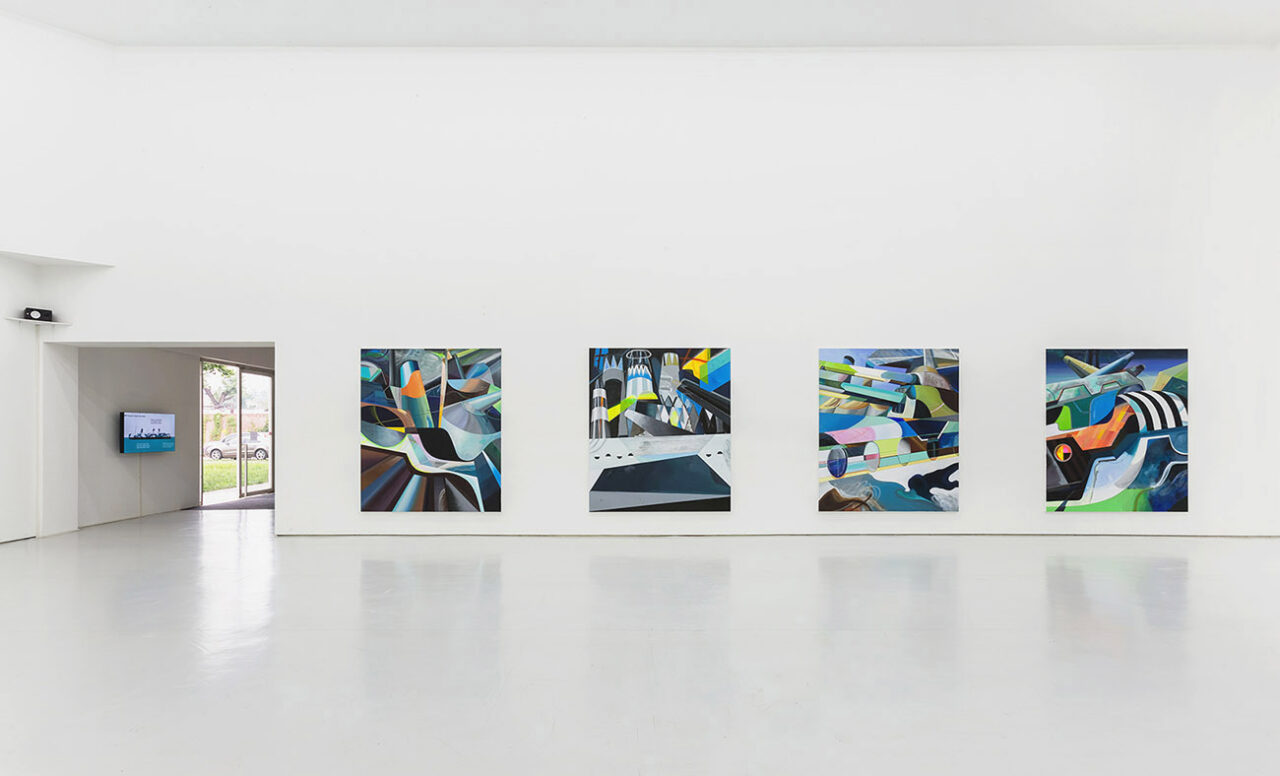 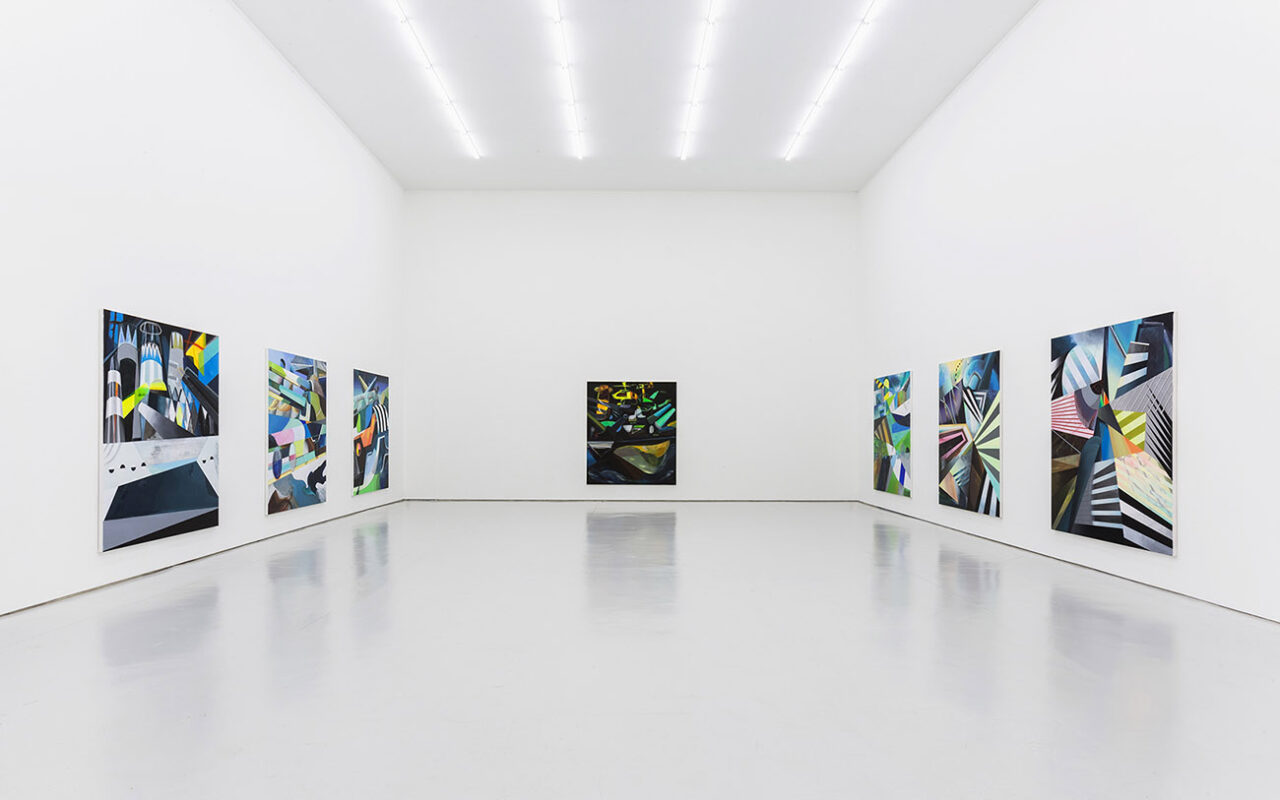 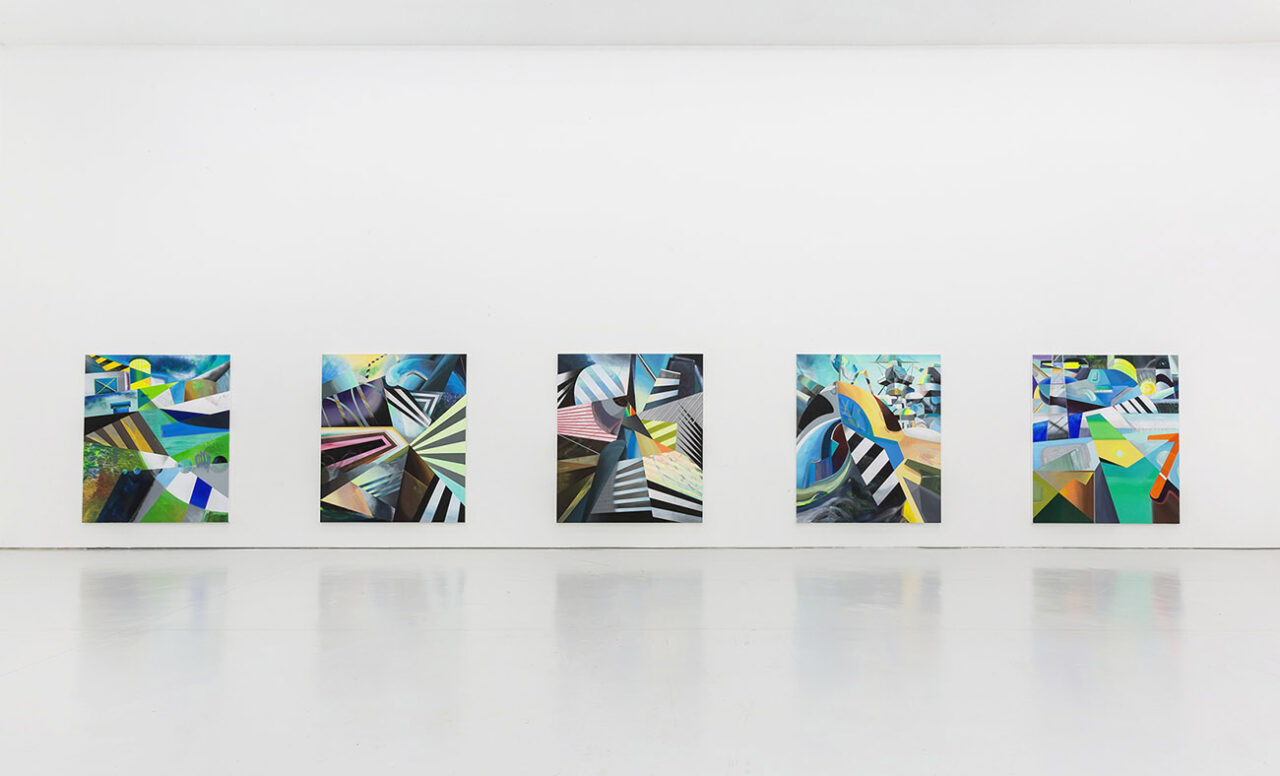 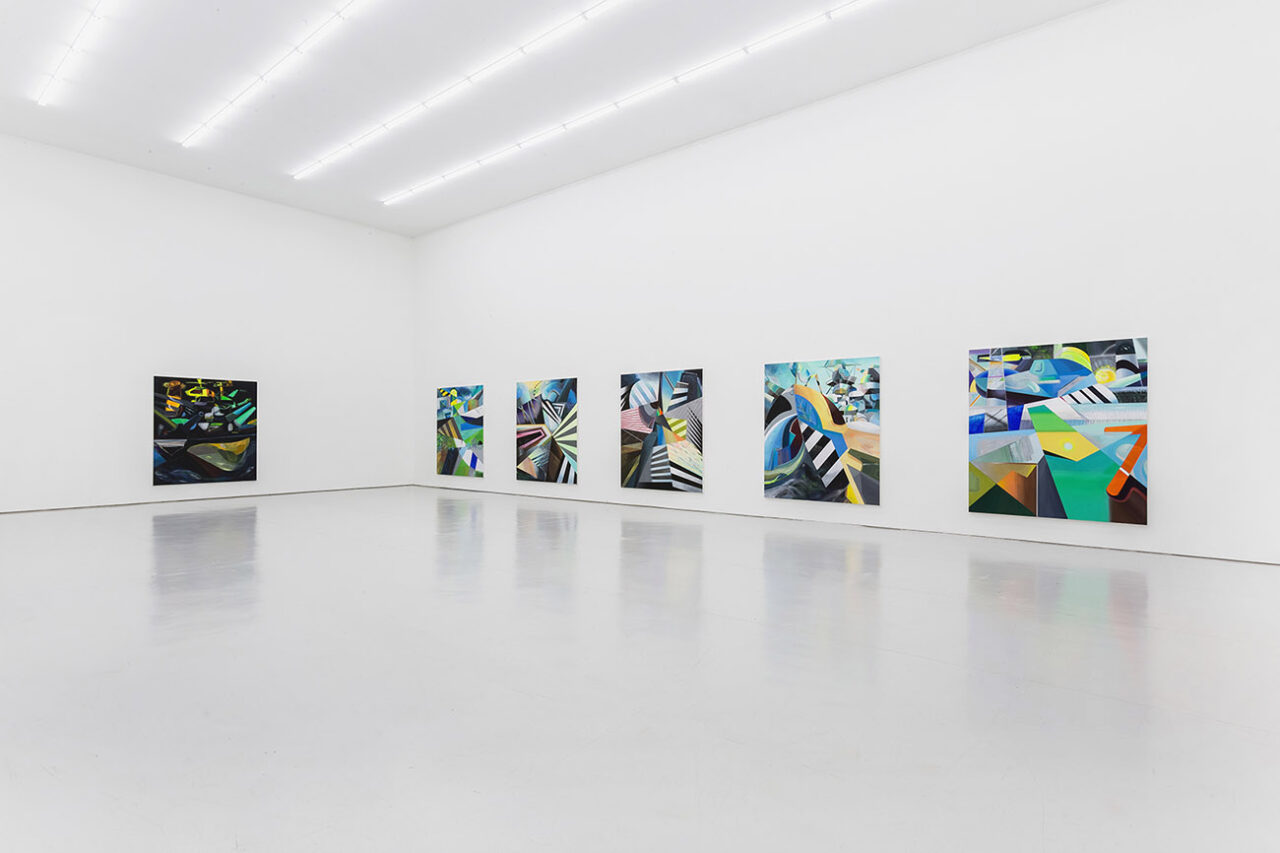 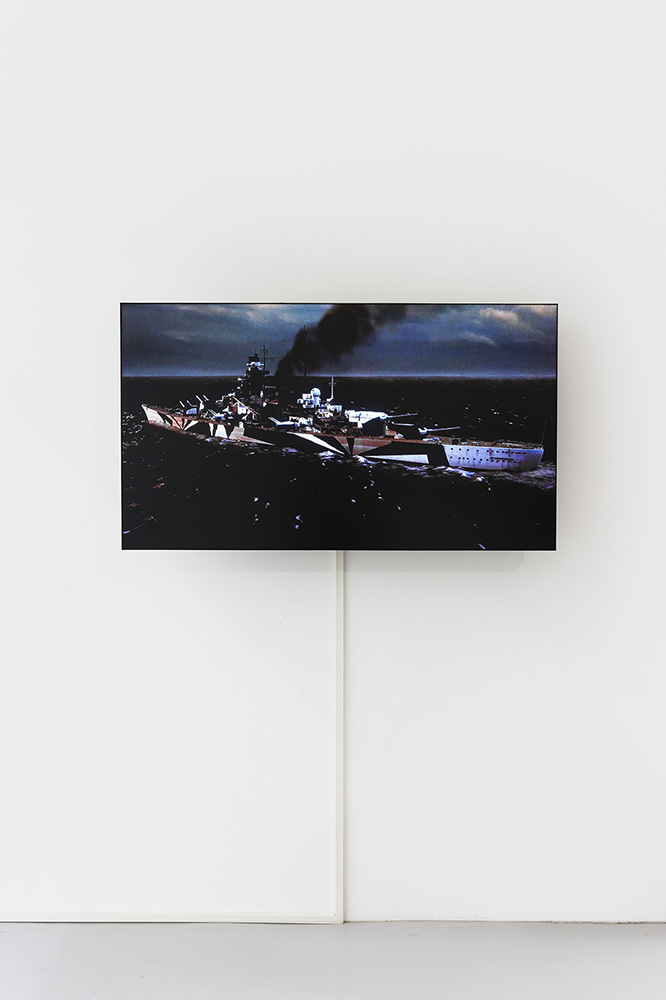 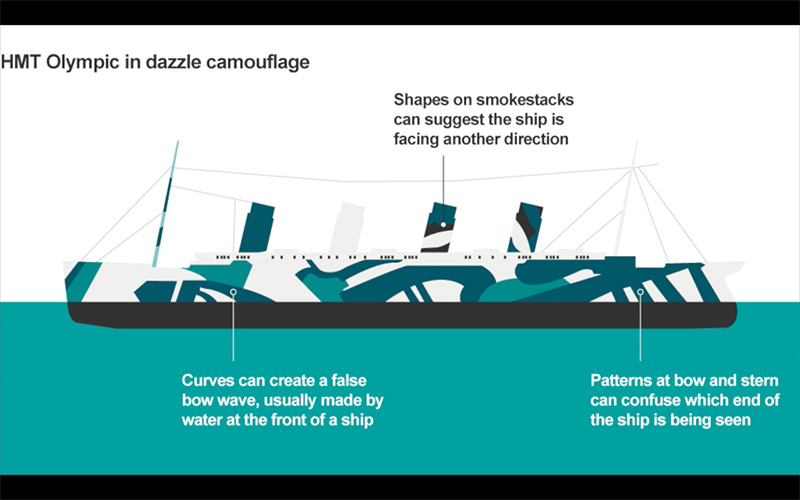 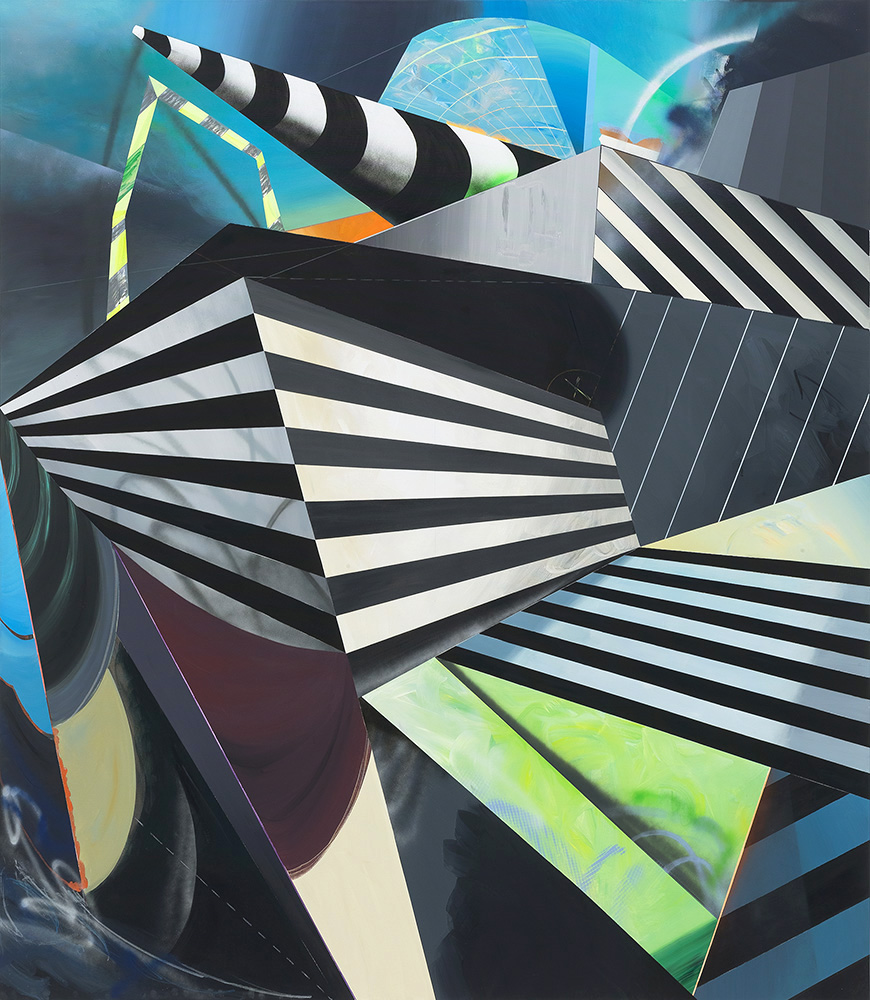 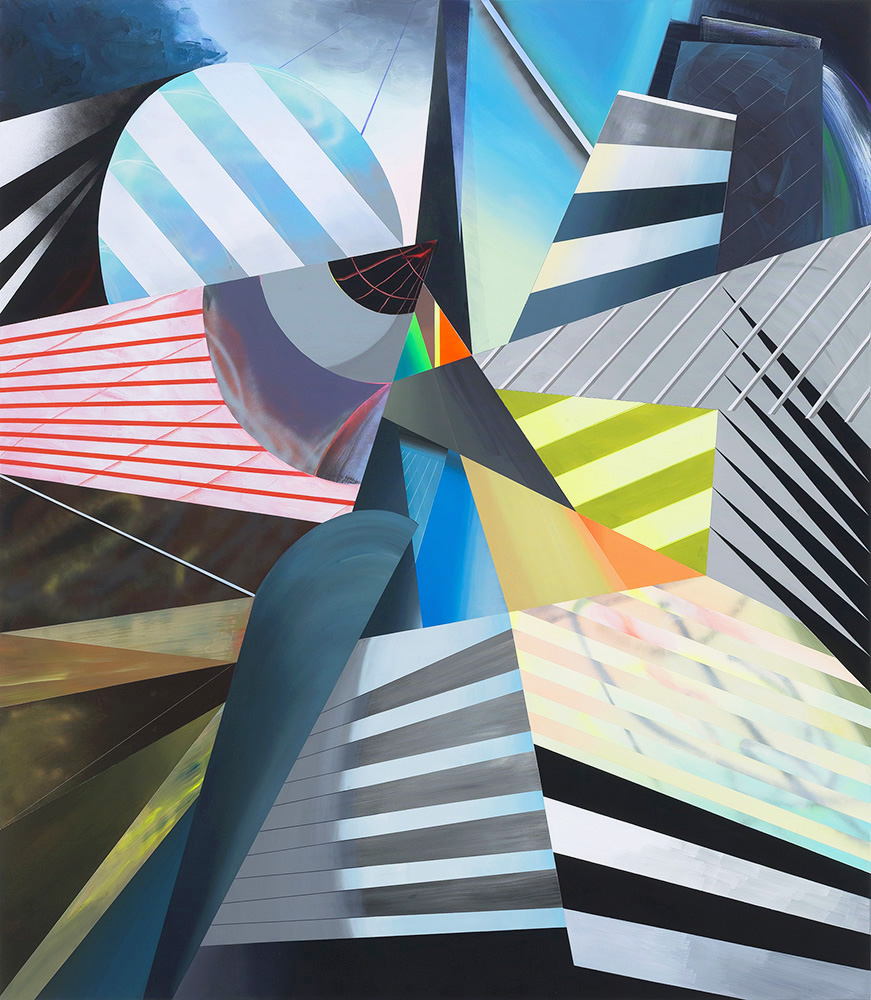 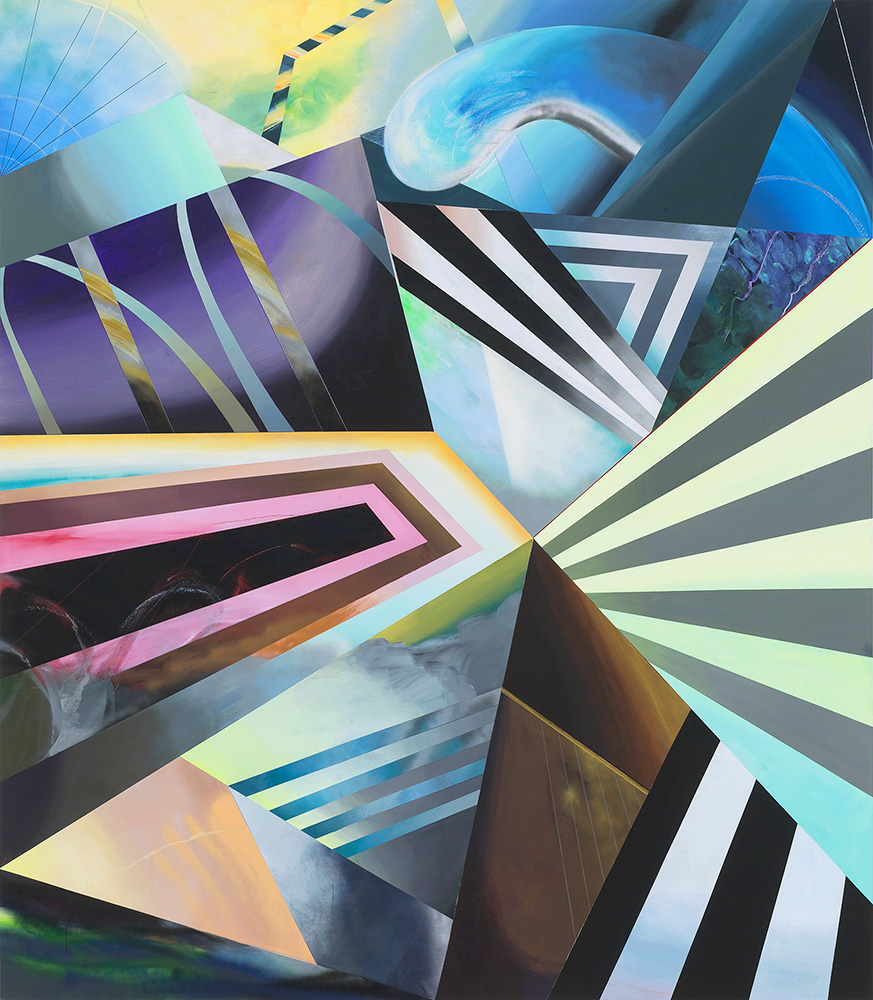 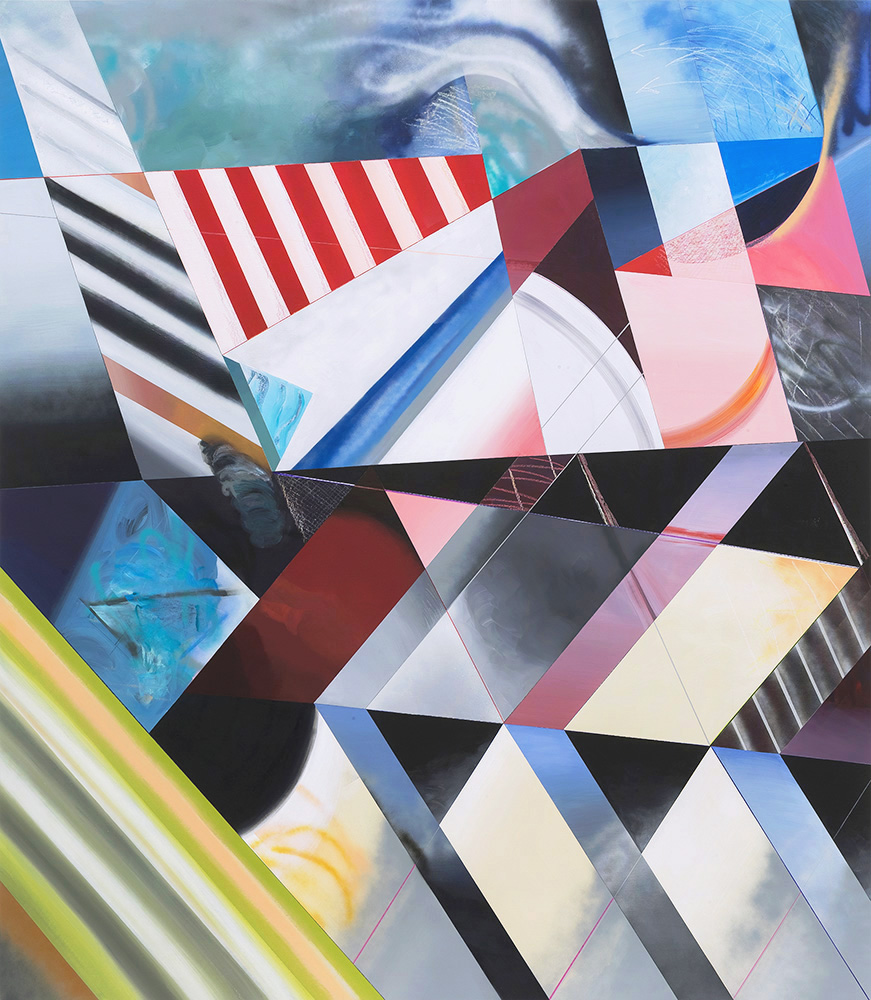 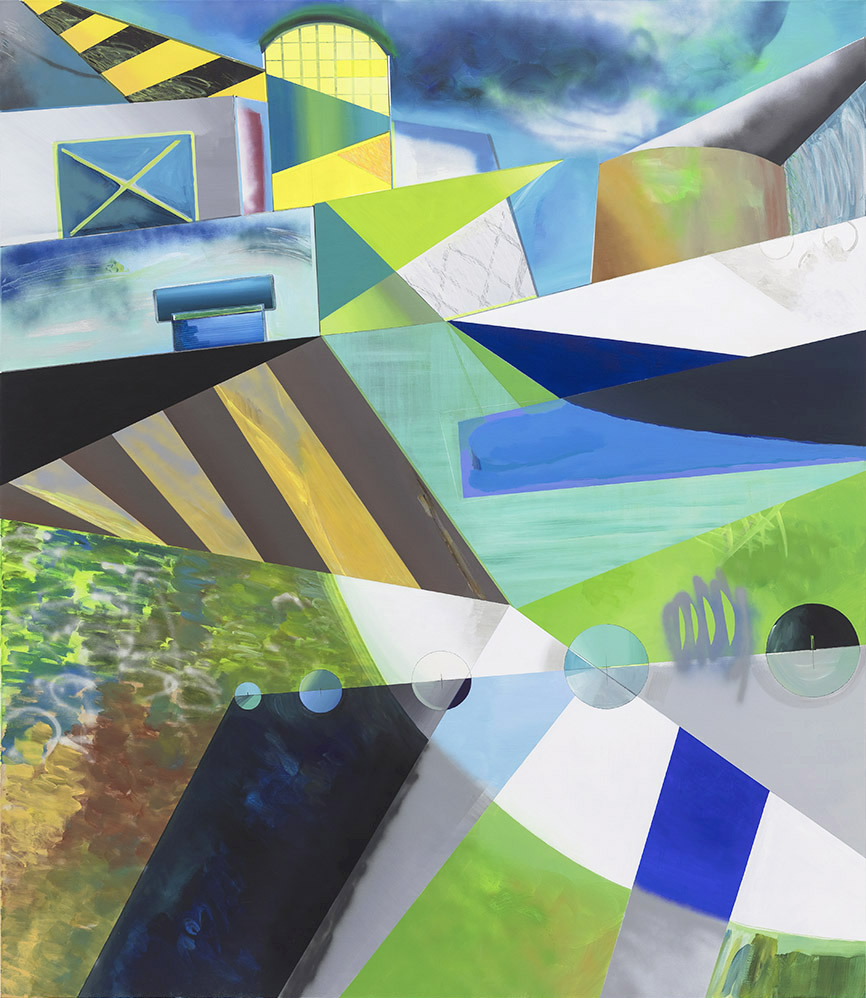 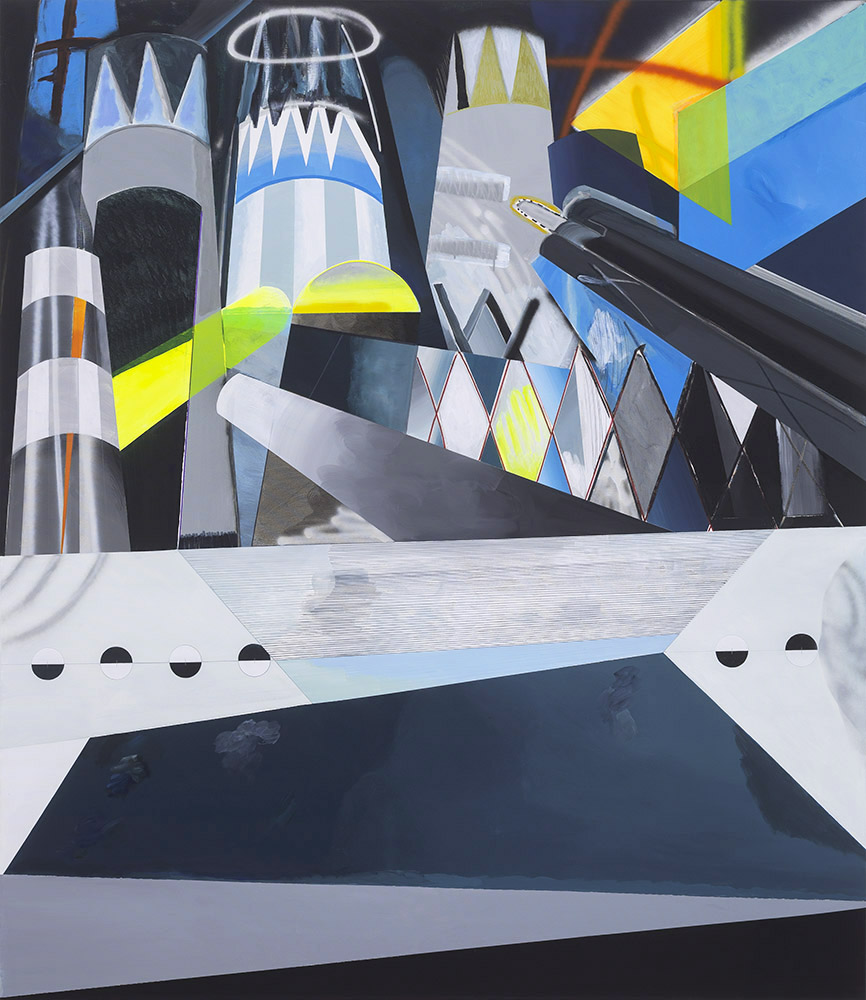 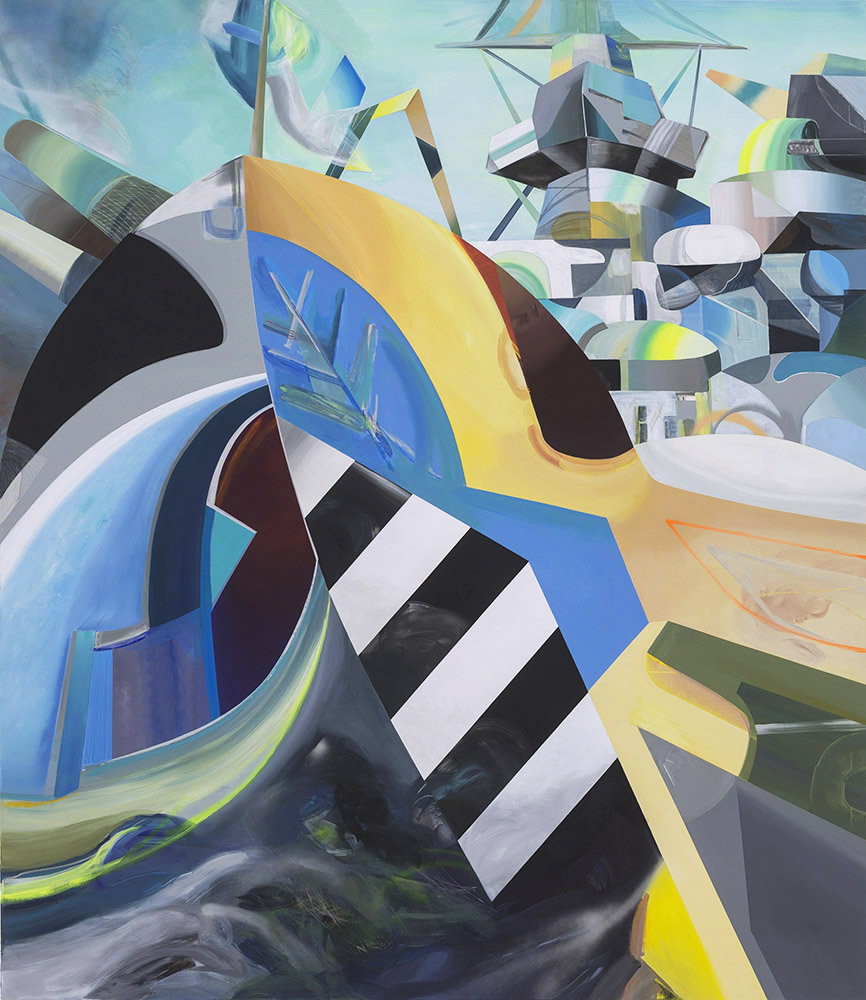 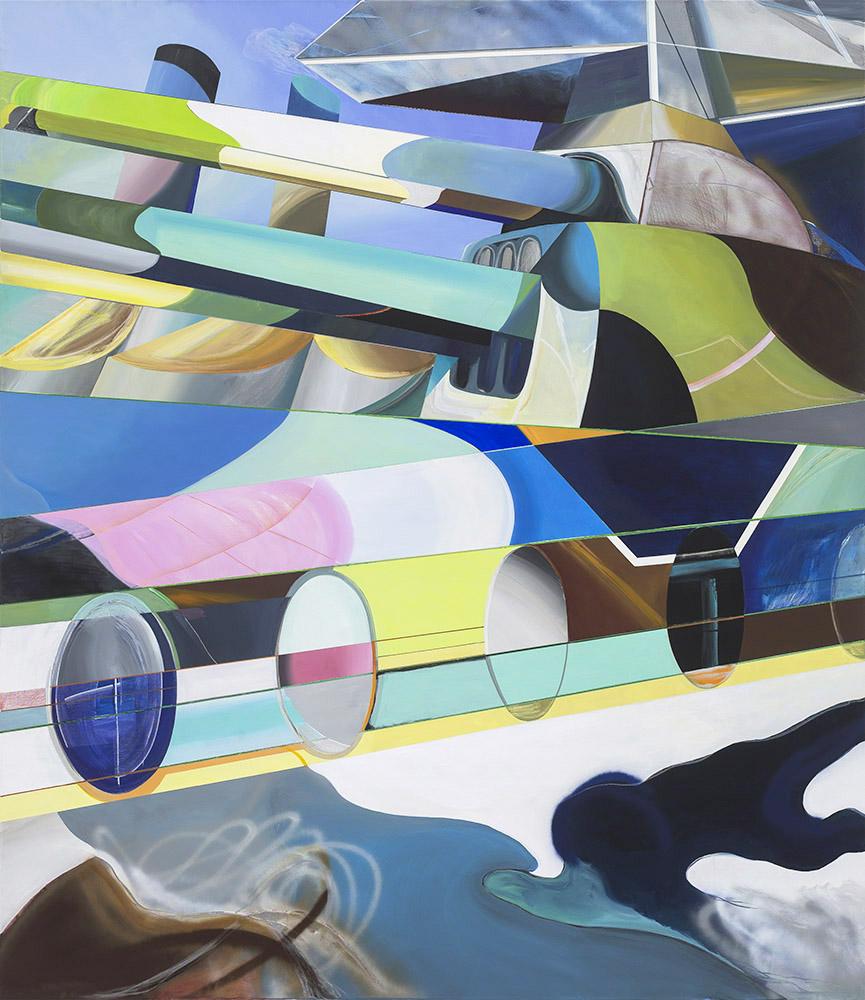 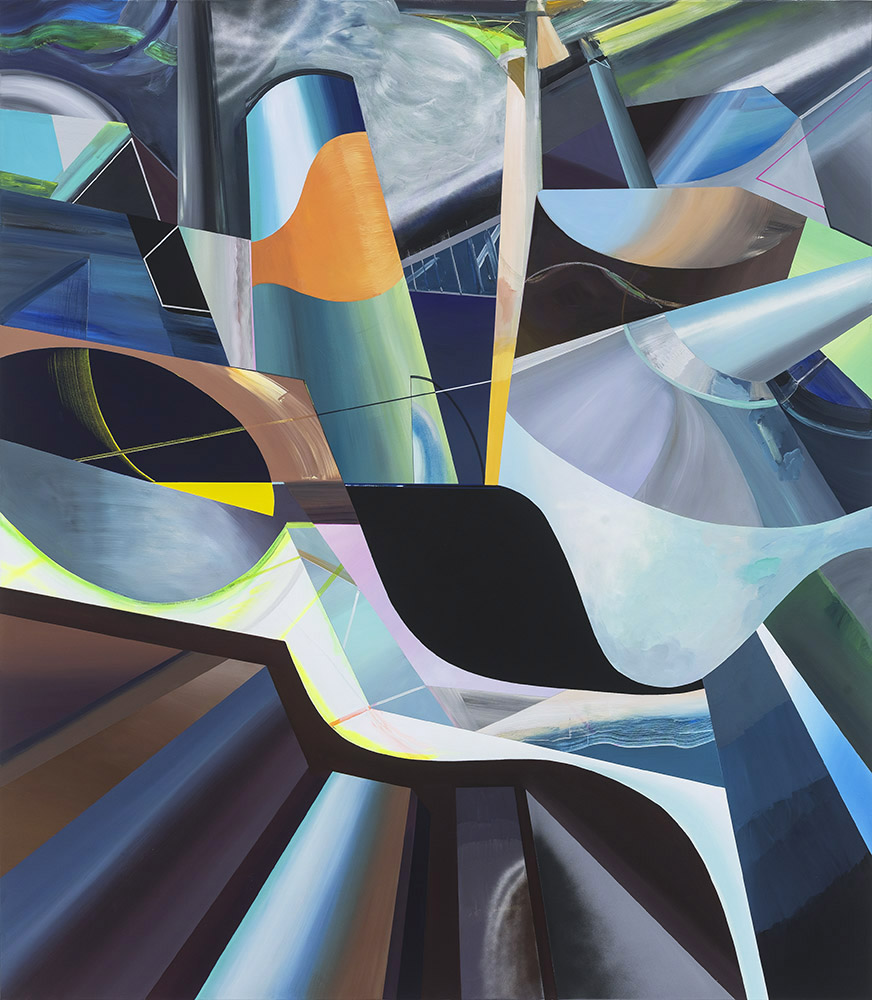 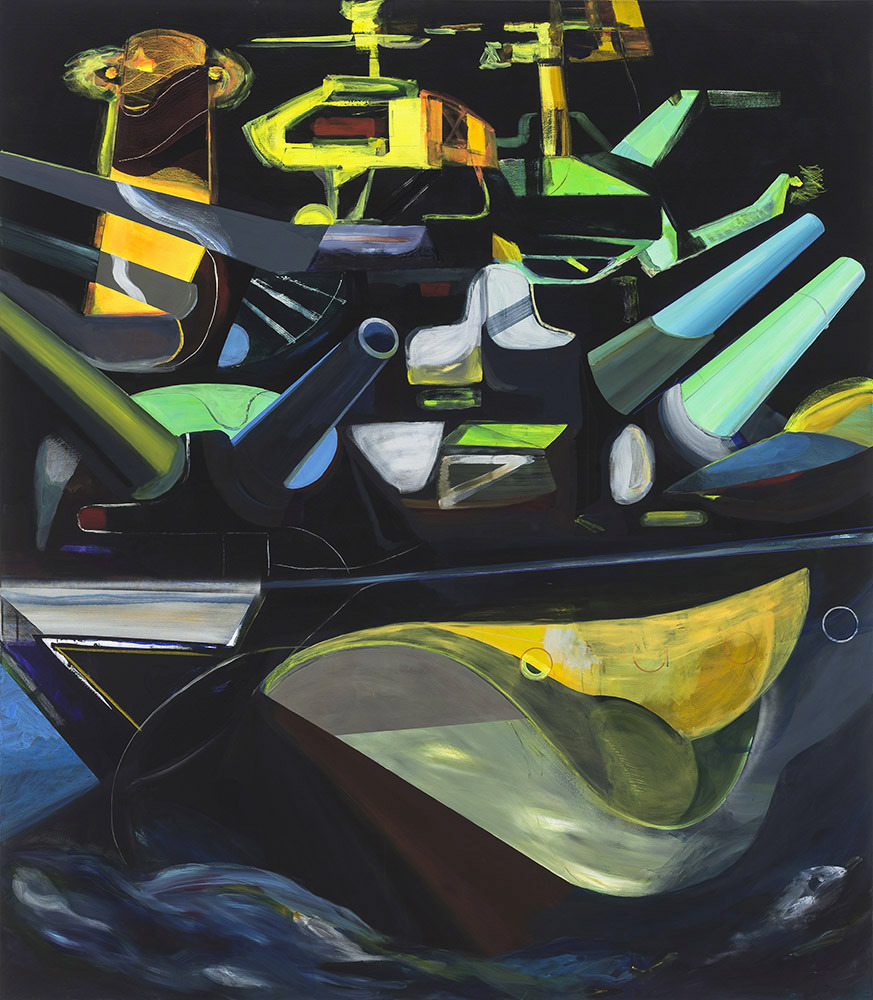 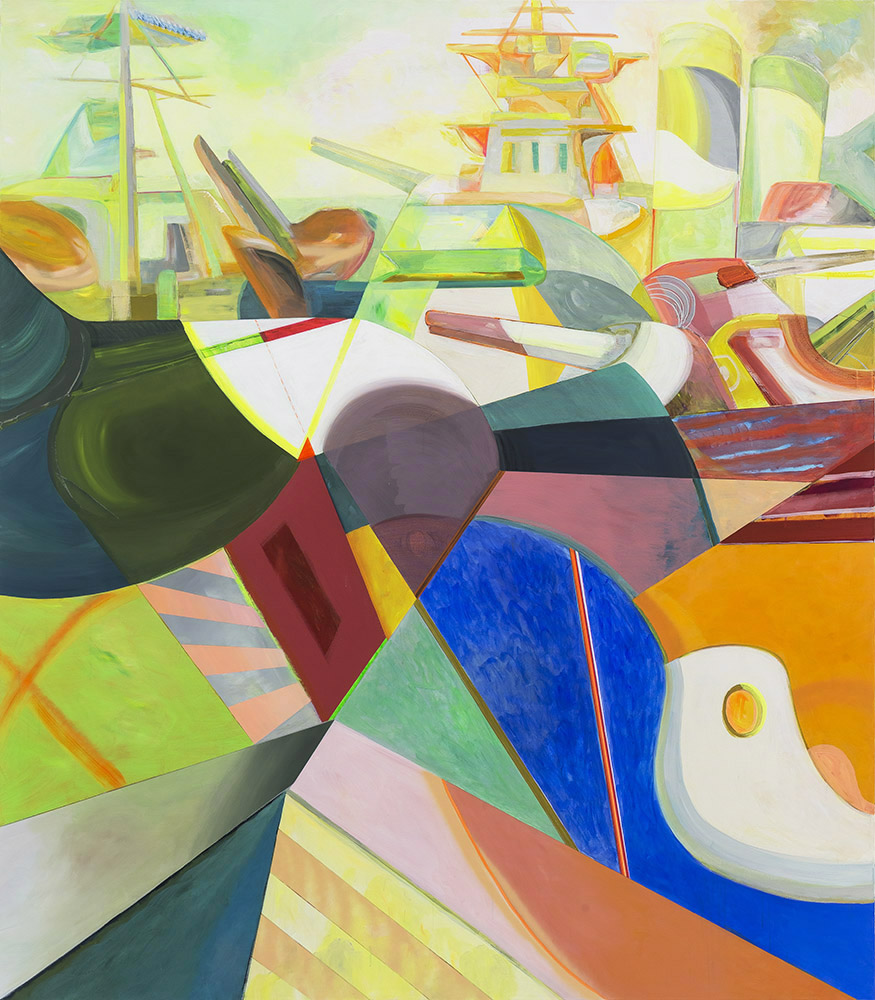 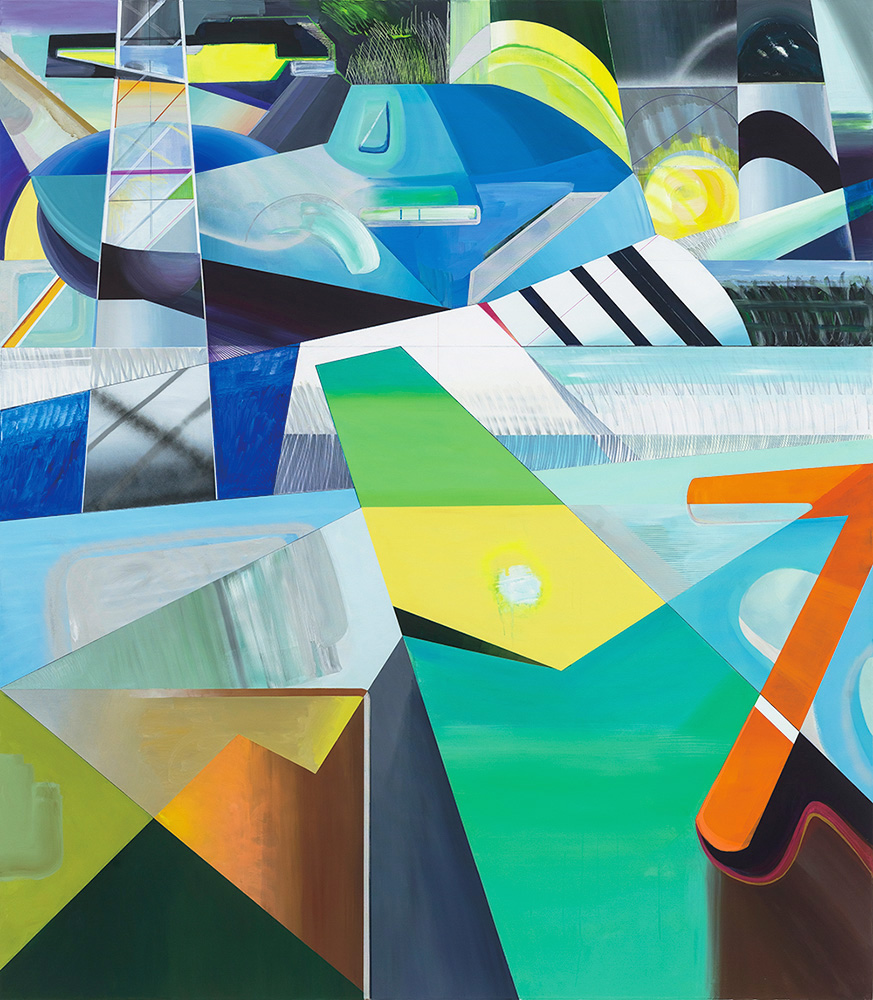 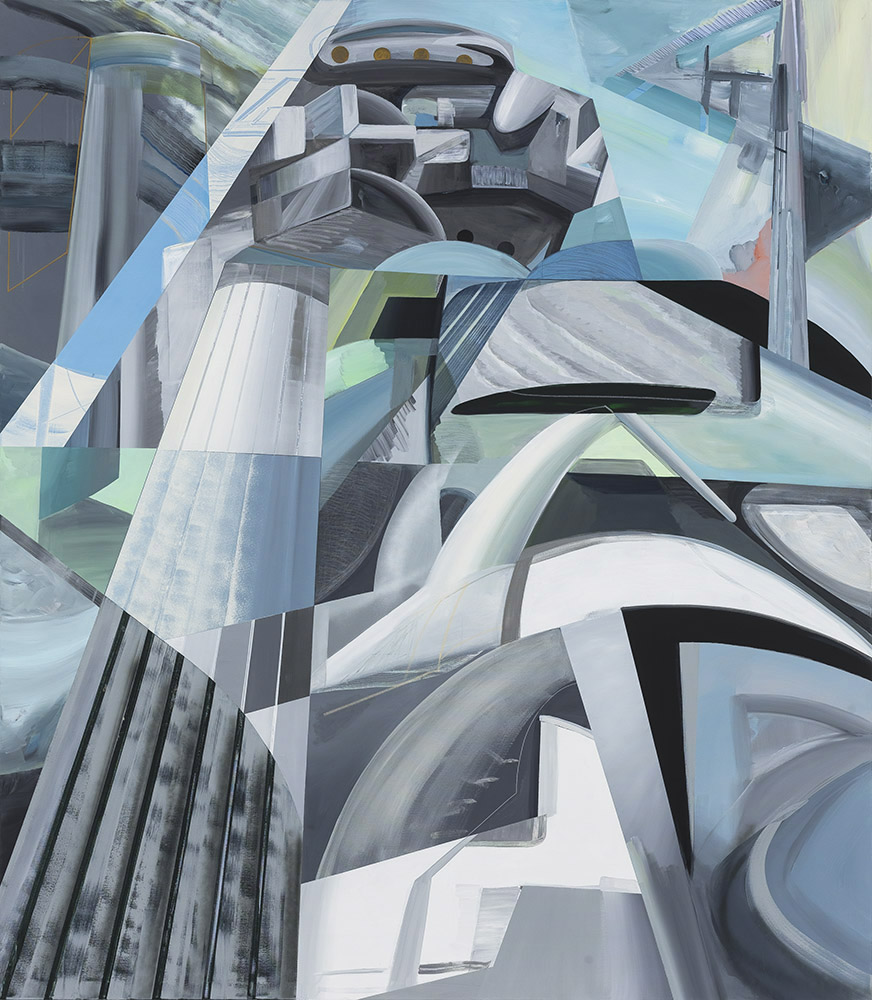 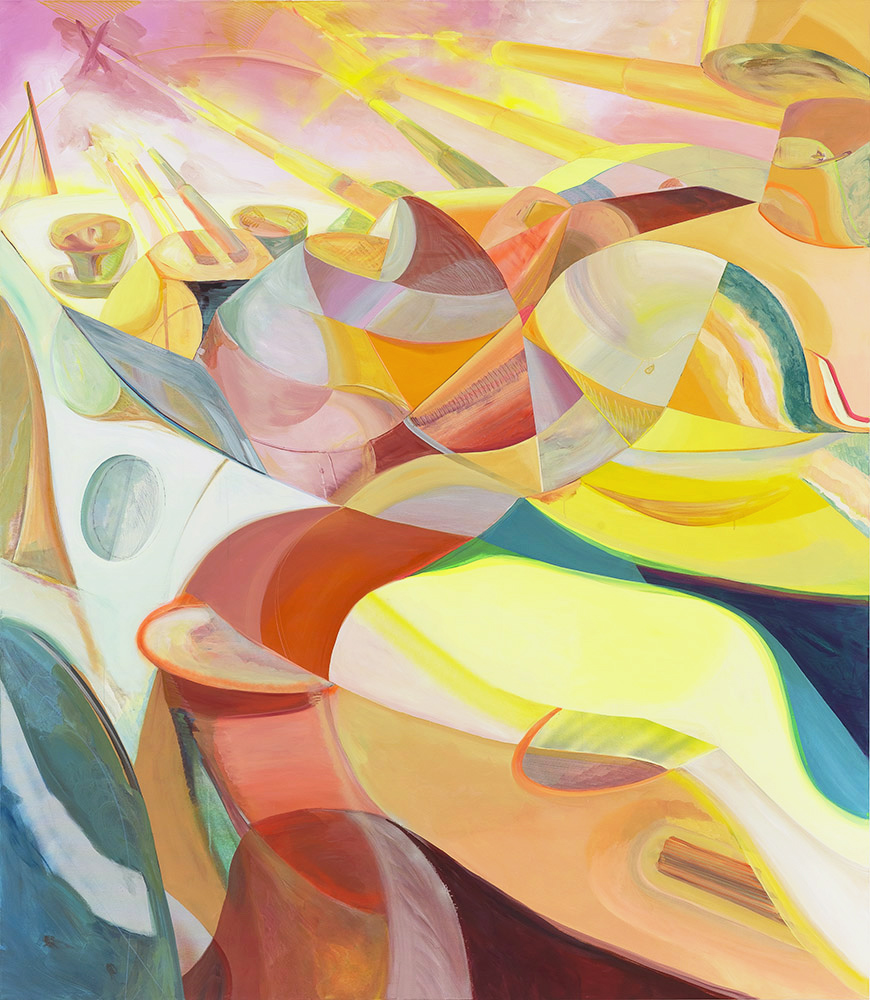