This partner project shows a succession of 60 copies of the EU map (status in 2014). It starts with a copy after an official map, done in acrylic on paper, after which the partners took turns at copying the map, working only after the previous version done by the other. Over the course of two months, the EU was gradually (accidentally, subconsciously) altered in the repetitive daily routine, until the political order in the map dissolved and became something else – just like the map is an abstraction of the world, the abstraction of the map is a painting. 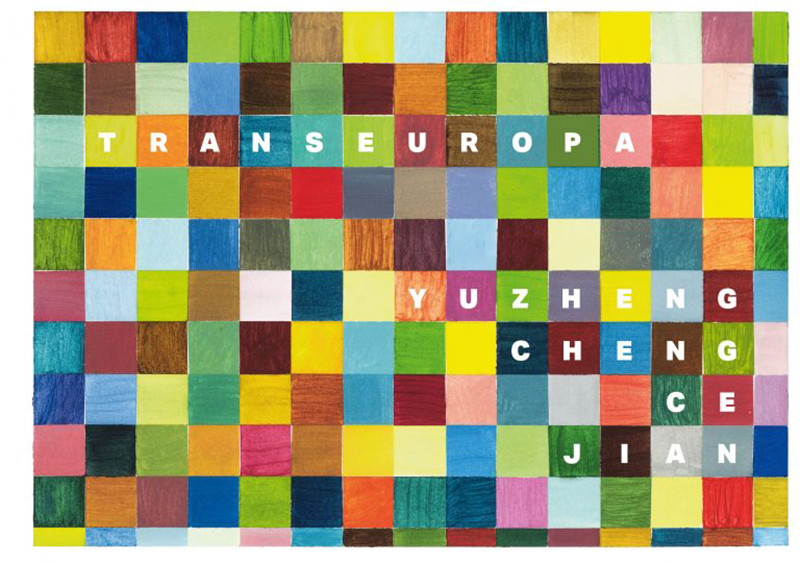 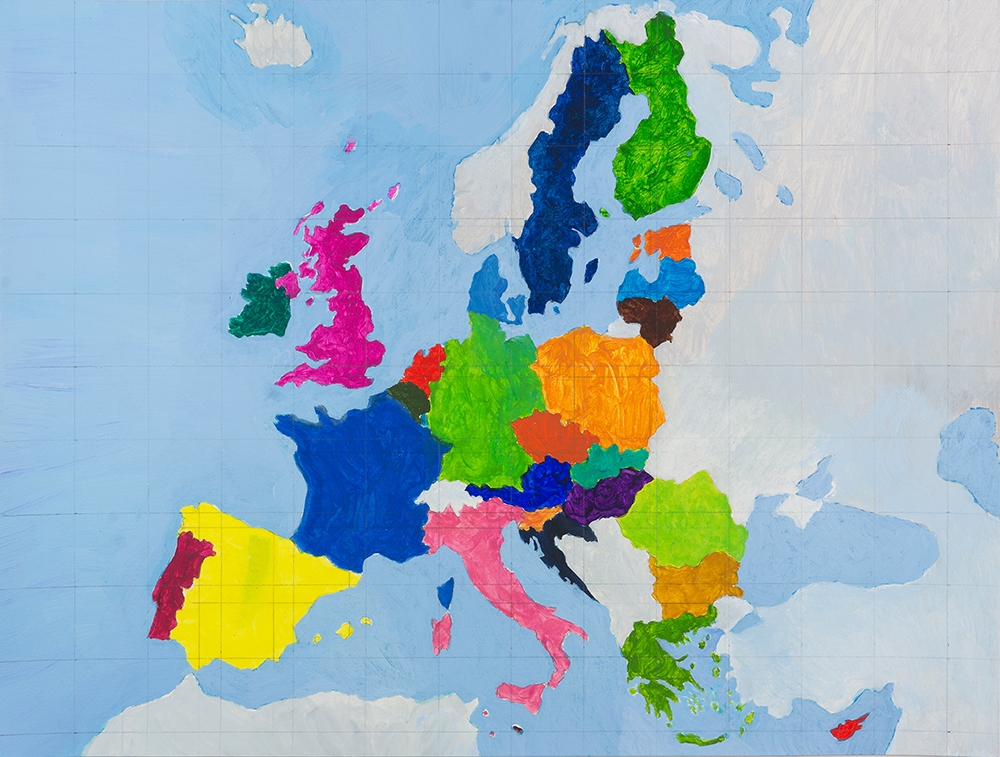 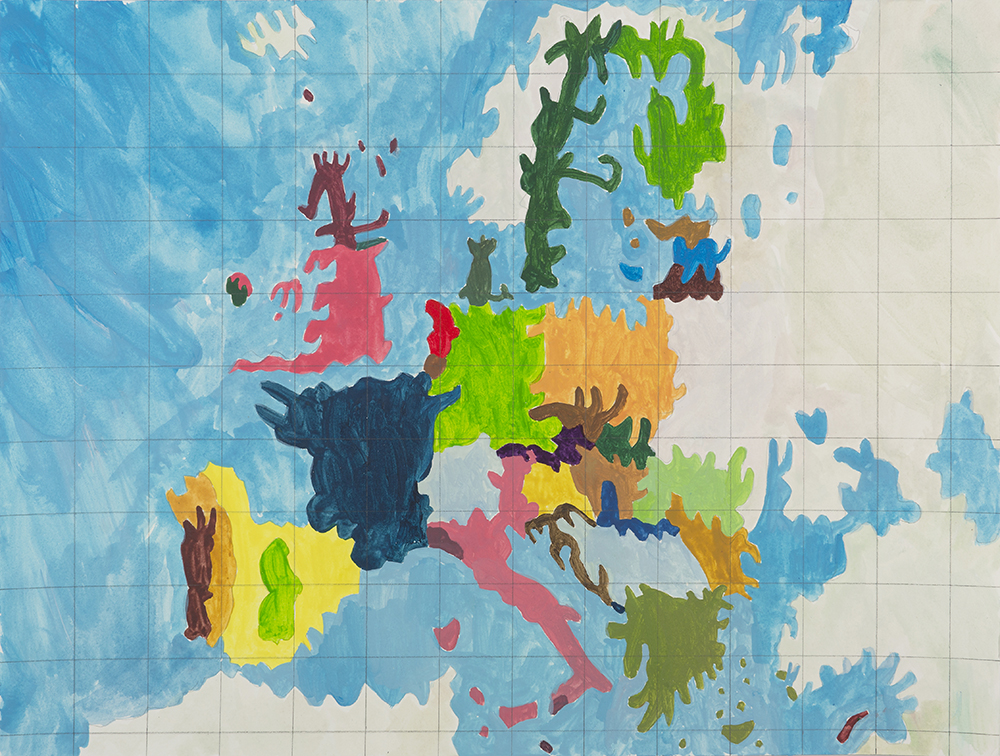 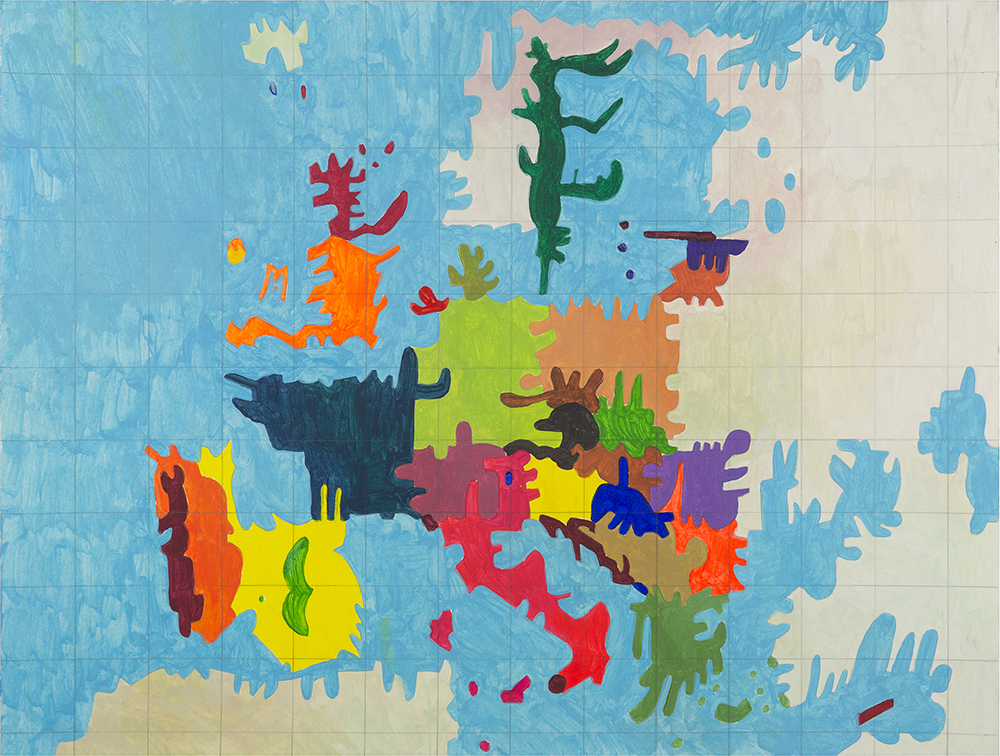 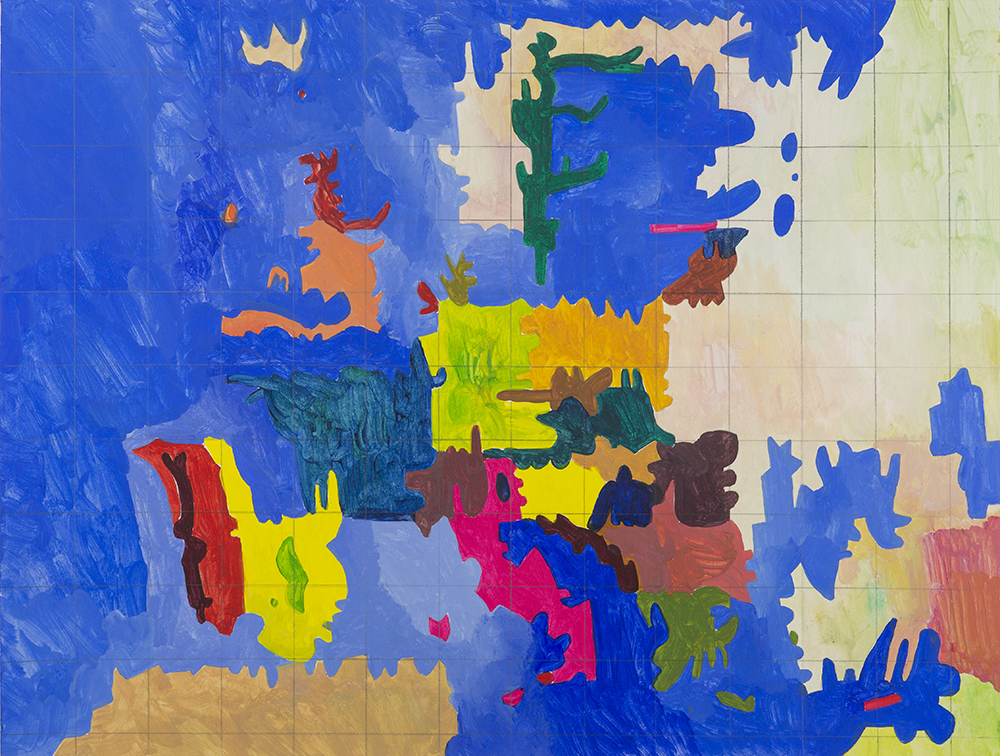 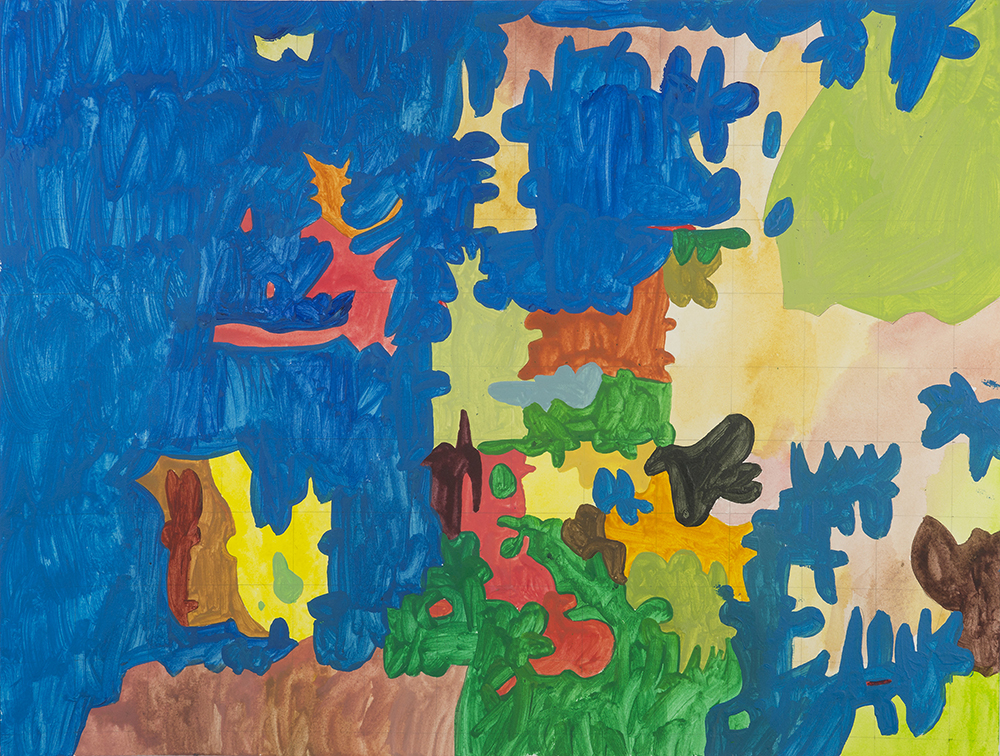 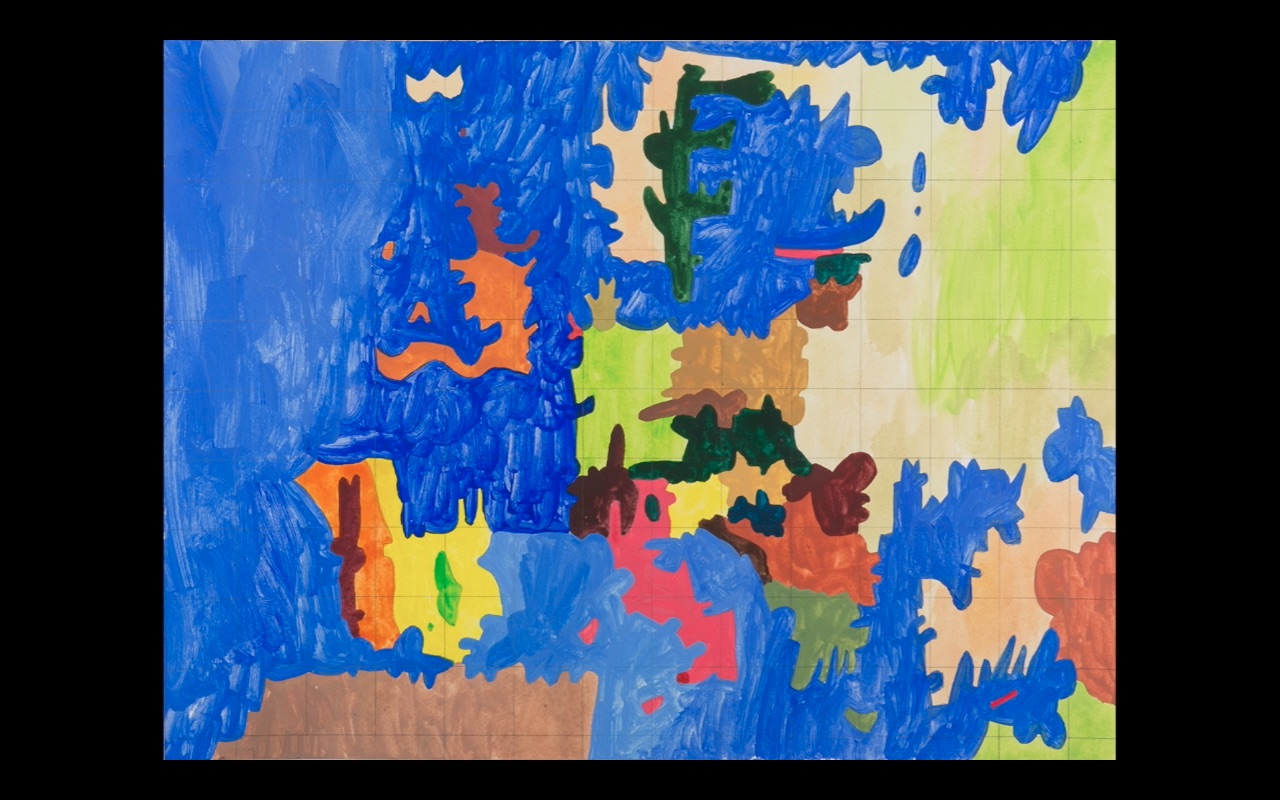 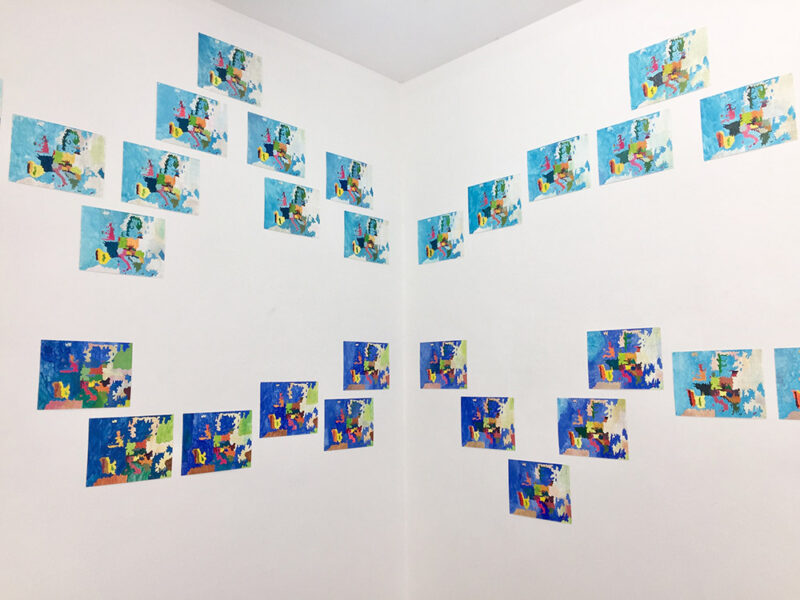